Our Commitment to the Environment

'Ethical Sourcing' has been the buzz word of the crystal community in 2020. but we think it's important to look further than just our suppliers, and to find places where we can actively help the world we live in. Madagascar is where so many wonderful crystals are found, many of them unique to this beautiful country, and being able to help the local economy and ecosystem really resonates with us.

We're very excited to have partnered with Ecologi to help the reforestation efforts in Madagascar! We are donating money from all sales through our website to the planting of new trees, this helps to combat the amount of CO2 whilst providing employment for local people. So far we have planted over 5000 trees, and you can see our virtual forest and keep up to date with our tree planting efforts here: ecologi.com/thecitrinecircle

We have chosen Ecologi because of their focus on work in Madagascar, alongside Nicaragua and Mozambique. The trees are planted by the Eden Reforestation Projects, and impact studies and tree reports are fully available. 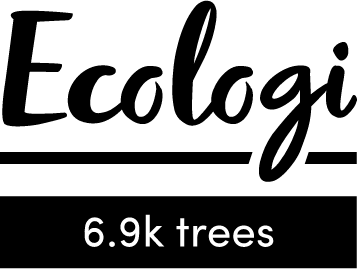 As an online retailer, being conscious of how we can offset our impact on the environment is something we're very mindful of. Wherever possible our packaging is recyclable, and comes from FSC certified sources. Most of our packaging material is tissue paper, but sometimes it is necessary to use bubblewrap to ensure the safe arrival of your crystals. Where we need to use it, then we reuse bubblewrap from suppliers first, and our bubblewrap is also recyclable at carrier bag recycling points.

We are also committed to using less resources to start with - by transferring our crystal information cards to the digital app it means we are using much less paper and card, whilst providing a free crystal education opportunity to all. To find out more about our app, click the button below.

A Guide to Crystals App

The places we source and buy our crystals from are incredibly important to us, as they should be to any crystal dealer. However, the usual blanket statement of 'ethically sourced' doesn't feel right to me (and if as a seller you simply ask your wholesaler if their crystals are ethically sourced which of them are really going to turn around and say no?) I’m going to go out on a limb here and say a couple of things that I think really need addressing. Firstly, we need to make sure we distinguish between large scale, commercial mining where they dig up huge swathes of land and crush huge amounts of rock to find the minerals they need for industry, such as steel, lithium, coal. Against this we then have the small scale artisanal mining that is often done to produce the crystals that end up in our collections, either by families, individuals or co-ops in places like Brazil. We are aware though that although artisanal mining is done on a much smaller scale, it still affects the environment. This is one of the reasons we partnered with Ecologi and donate money from our sales to aid reforestation, mainly the Mangroves of Madagascar as this is a country close to our hearts, and one that has lost 90% of its original forests.

Secondly, I also think it’s important to recognise the cultural differences between our way of life, and how other people expect to live and work. I’ve had many long discussions with suppliers about ethics, and one man who I love to buy crystals from (he’s as crystal obsessed as me), told me a story that stuck with me. He has mines all over the world, and contacts with many families he has dealt with for decades. One of these is a nomadic family who make their money through their herd of sheep and by travelling around, digging for crystals. Their whole family is involved, they do not go to school as there isn’t one, their kids grow up learning how to look after the sheep and helping out with the digging. This is their way of life, and without that, they would struggle to survive. Does this make it unethical child labour? Should we refuse to buy from them because their children are involved, even though at many rockhounding sites in the US you will inevitably see children digging in the dirt with their parents? I would much rather get to know the people we’re buying from and make my own judgements, and follow my heart. No crystal mining process can promise to be 100% ethical, but instead we focus on how we can source our crystals as consciously and mindful of their impact as possible, going as direct to the source as we can where possible.

To this end, we enjoy travelling to gem shows and meeting the people behind the crystals as much as we can - the gentleman who spends all year digging Herkimer Diamonds in peace and sells them once a year at the Tucson show, the new dealer from the Congo who we discuss new ways to cut and polish crystals with, or the family from Mexico who found a new seam of beautiful blue opal and are at the gem show for the first time to show off their new discovery. That for me is what makes the crystal world an exciting place, the wonderful people and the treasures we find on our adventures around the globe!